The History of the Guild Theatre

ImagineMenlo is a community organization dedicated to fostering a more vibrant Menlo Park. During the month of September, ImagineMenlo, in partnership with the property owner, is soliciting ideas from the community about the future of the Guild Theatre.

Want to know more about the Guild Theatre? Read on to learn about its history and take a peek inside the building.

The History of the Guild Theatre

Opened on May 7th, 1926, as Menlo Theater, the Guild Theatre originally hosted silent movies with an organist, and could seat 500 people. On opening night, the local paper reported the theater as having a “Venetian Garden motif” with onyx pieces on the walls and trellises with greenery on the ceiling. By 1929, it had been rewired for sound.

In 1942, when El Camino Real was expanded to four lanes, the original large lobby was shrunk by 30 feet and a new front facade was constructed. By the late 1980s, the Guild was remodeled with an arthouse decor, bringing the striking gold wings and swirls from the Fox Theater in Richmond, along with the red wall covers and art deco ceiling lights salvaged from the Uptown Theater in San Francisco. It is the oldest freestanding theater on the Peninsula.

To find out more about the history of the Guild, read our selections from the historical evaluation report or check out this article from InMenlo.

Look inside the building 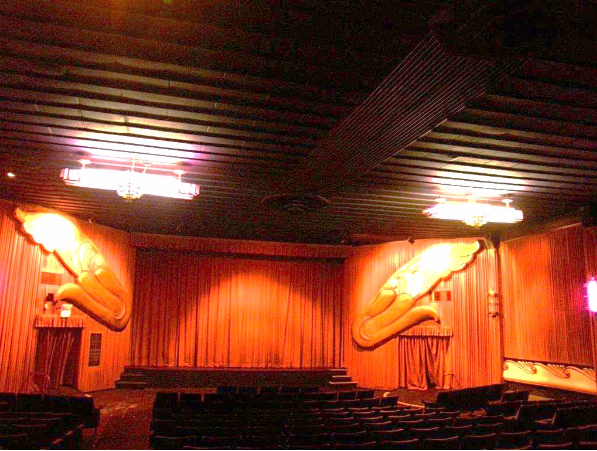 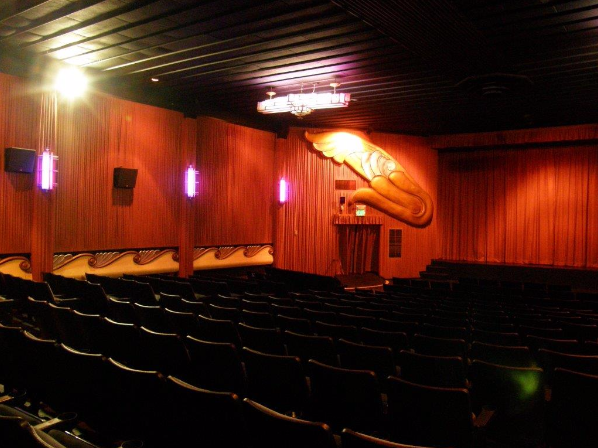 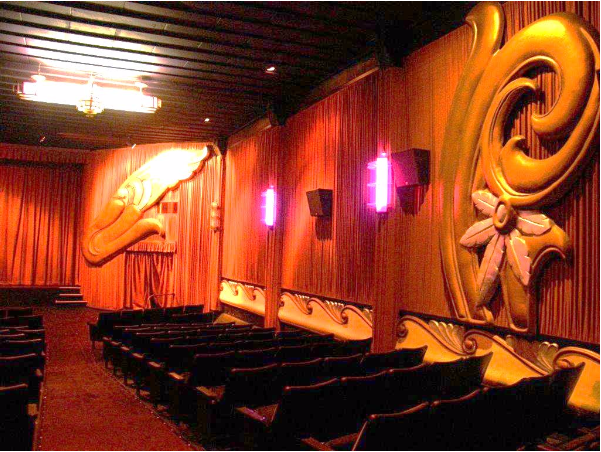 The building is 56 feet across the front and 86 feet deep, covering almost all of its 5000 square foot lot.

This page was originally published at http://www.futureoftheguild.com/