It's Time to Say Yes to a More Vibrant Menlo Park

We love Menlo Park as it is today. We can imagine a Menlo Park that is even better.

In the last five years, residents have put forth two compelling visions for different parts of our city. The Downtown Specific Plan envisions a vibrant downtown with housing and offices on the east side of El Camino and apartments above retail on the west side along Santa Cruz Ave. The new General Plan Update looks to transform the office parks along the Bayfront in Belle Haven into a vibrant, mixed-use neighborhood where people can live, work, and play in one place.

It's time for Menlo Park to make these visions a reality.

Menlo Park has spent the last twenty years saying no to development. Many residents feared that new developments would leave us with traffic jams and unaffordable housing. Instead of attractive buildings, we ended up with weed-filled vacant lots – and we still have traffic jams and a housing crisis.

We can do better than weeds. 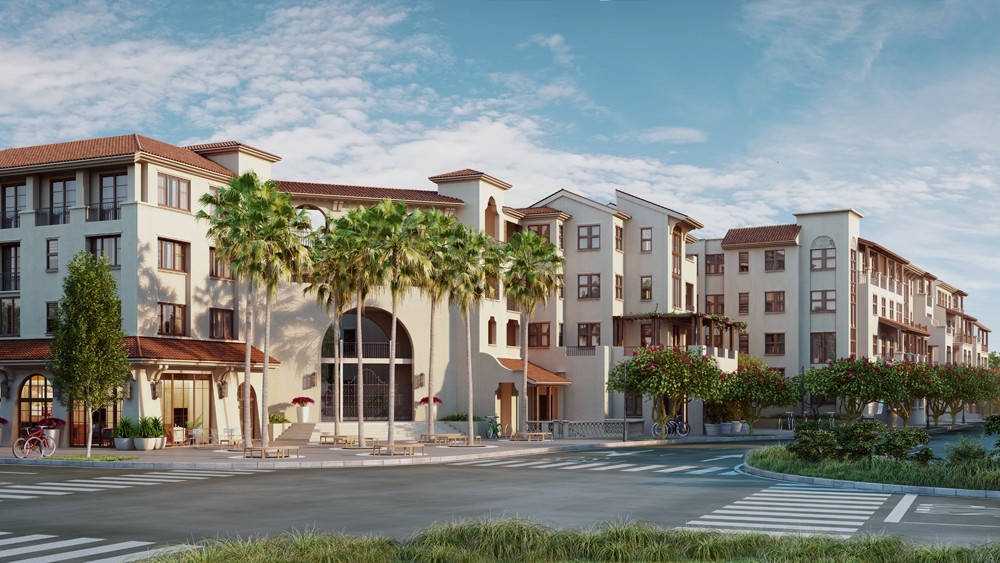 A 3-D model of the Station 1300 development proposed by Greenheart Land Company. See more here, including a video walk-through.

On the east side of El Camino Real, two developers – Stanford and Greenheart - have proposed attractive projects that balance housing, office, and retail and fit within the guidelines of the Downtown Specific Plan. Both are proceeding through the city's process, but slowly. We have hope that this City Council will see these projects through and allow them to break ground on the much-needed revitalization of those vacant lots. 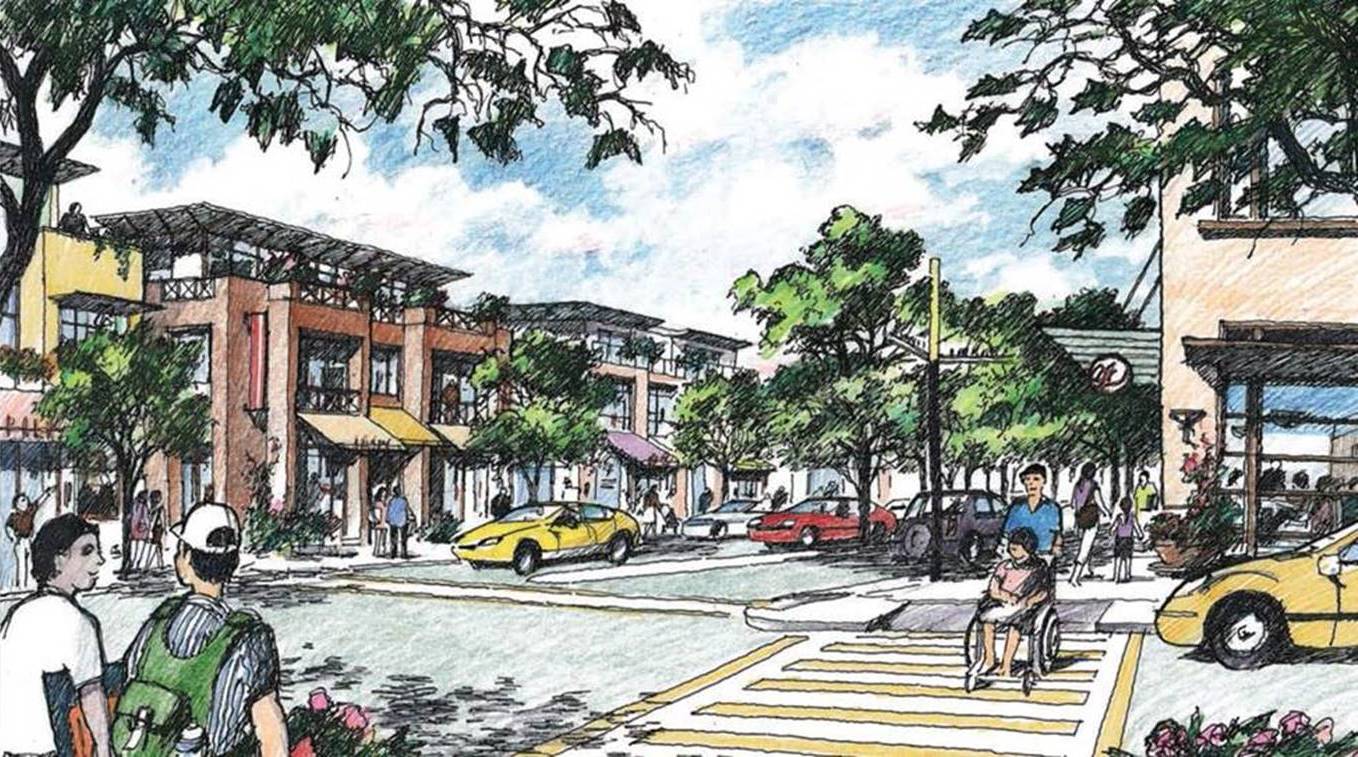 An artist's rendering of what Santa Cruz Ave would look like at El Camino Real under the Downtown Specific Plan.

Unfortunately, the Santa Cruz Avenue area has not been so lucky. Although the Specific Plan envisioned apartments above shops along the downtown streets, barriers such as a lack of parking have made it incredibly expensive to build. Few projects have even been proposed and none have been built. We hope that City Council makes progress on addressing these barriers so that we can have new, naturally affordable apartments to bring young people and vibrancy into our downtown. 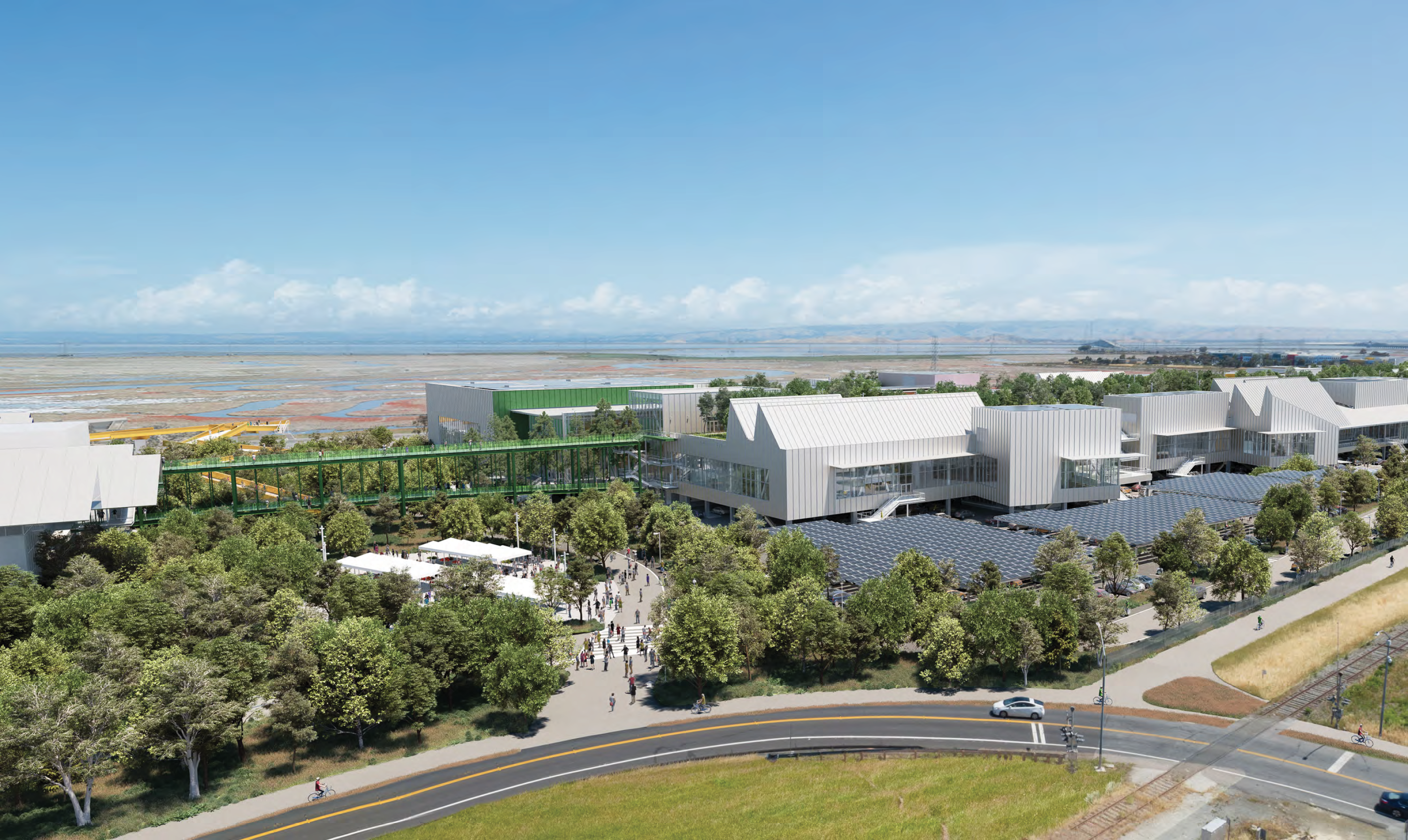 A 3-D model of the Facebook campus expansion in the Bayfront industrial district, centered on the public plaza and bicycle/walking bridge to Bedwell Bayfront Park.

On the other side of town, in the Bayfront industrial district adjacent to Belle Haven, the city has worked with Facebook and other large landowners to design a downtown-style neighborhood with offices and housing, restaurants and shops, tied together by a reactivated Dumbarton rail corridor. The buildings in this neighborhood will set the new gold standard for environmental sustainability in the Bay Area, and many will be designed by internationally recognized architects. Facebook in particular has offered to build 4500 much-needed homes, including 15% that would be dedicated affordable housing for low-income residents – enough to house one quarter of the population of the rapidly gentrifying Belle Haven neighborhood.

This is a strong, positive vision for the future of Menlo Park. The neighborhood it creates is the kind of place our children will want to live in 15 years. The planning process included two years of community meetings and community input, with multiple pauses to allow additional time for comment from residents. Now that the plan has been completed, we hope that the City Council approves this vision and the much-needed benefits it will bring to all residents of Menlo Park.

We believe that Menlo Park should be a vibrant, beautiful city where people of all ages can come together and enjoy shops and open spaces, and where people of all incomes can afford to live near their jobs. Let's make these two great visions for our city a reality.

It's time to say yes to a more vibrant Menlo Park.

Do you want to see a more vibrant Menlo Park? Join ImagineMenlo or follow our Facebook page for news and updates about exciting things in Menlo Park!