Imagine the Future of the Guild Theatre 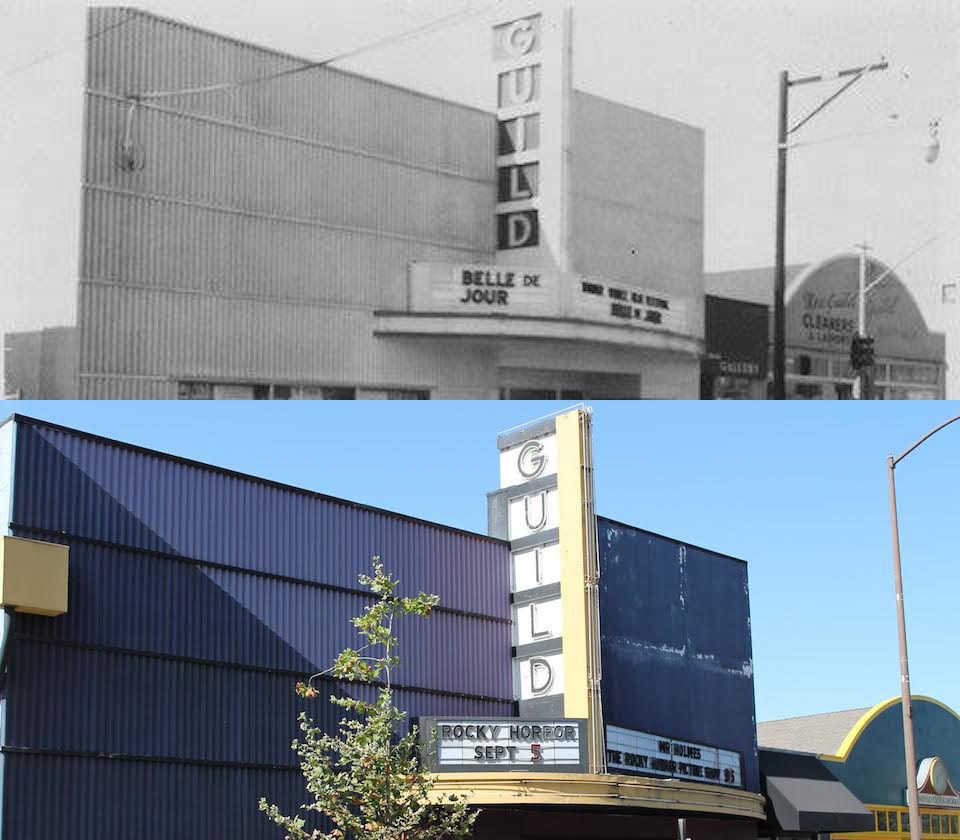 The Guild Theatre is one of Menlo Park’s most notable places, yet as a single-screen theater in the age of the multiplex, it has struggled over the past few years to attract moviegoers. What will it take to use this great building and great location to its full potential? Do we need a different kind of theater or a chance to put this building to a new use? Does this location in the heart of Menlo Park need a remodel or an entirely new building?

ImagineMenlo is a community organization dedicated to fostering a more vibrant Menlo Park. During the month of September, ImagineMenlo, in partnership with the property owner, solicited ideas from the community on the future of the Guild Theatre. Thanks to everyone who participated! We’ve summarized the comments below.

What does the community want for the Guild?

With thousands of Menlo Park residents viewing this page and many sharing it on NextDoor and Facebook, we collected over 30 different ideas for the future of the Guild. We saw a lot of love for the Guild Theater and its unique place in downtown, combined with an equal desire to see it move forward and adapt to the changes in what moviegoers want from a theater.

Dinner and Drinks at the Movies

There was strong community support for allowing the Guild to serve drinks and meals to make the movie experience more fun.  Commenters pointed to other venues like the Alamo Drafthouse in Austin or McMenamins theater pub in Portland as examples of places that keep an indie vibe while making the movies more fun and relevant. Alcohol could provide a second revenue stream for the theater while bringing more foot traffic downtown to its location near other evening destinations like the soon-to-reopen BBC, Left Bank, and Bistro Vida.

Alongside serving dinner and drinks, there was equally strong support for opening up the theater to private or community rentals outside peak movie hours. EthanStock suggested letting individuals rent the theater for Godfather marathons for their friends or even curated movies that individuals want to bring to a larger audience on their own dime.  Others, such as Kelley Sexton and Steve Ullman, proposed opening it up during the day as a space for educational events, organizational meetings, and theater classes.

Although most ideas centered around how to revitalize the Guild Theatre as a movie theater, there were also a number of residents who spoke up for starting afresh.  Sue Kayton advocated a new mixed-use building as allowed by the Downtown Specific Plan. GeorgeSiliconValley suggested a coffee shop with a co-working space, similar to HanaHaus in downtown Palo Alto, to offer space for startups that can’t find office space in this area due to the hyper-competitive market.

On behalf of ImagineMenlo and the property owner, many thanks to everyone who participated!  We look forward to seeing these ideas shape the future of the Guild!

This page was originally published at http://www.futureoftheguild.com/, where it received 32 comments that could not be moved to the new site. The summary is available above.